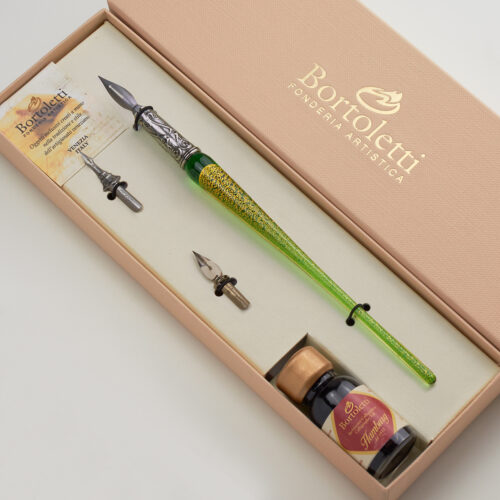 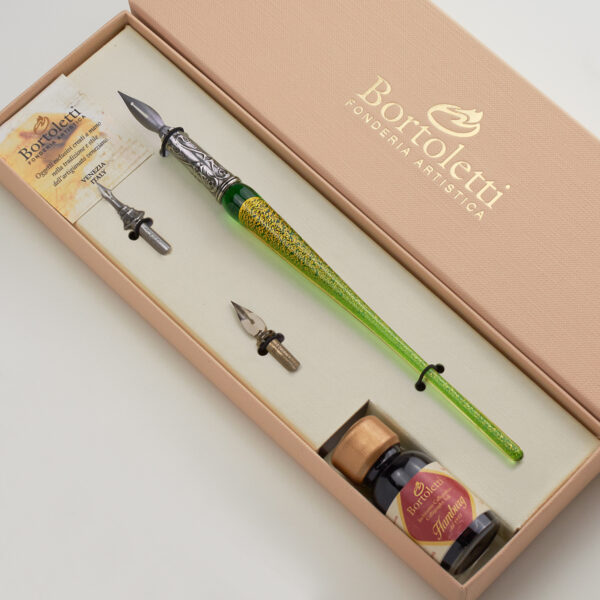 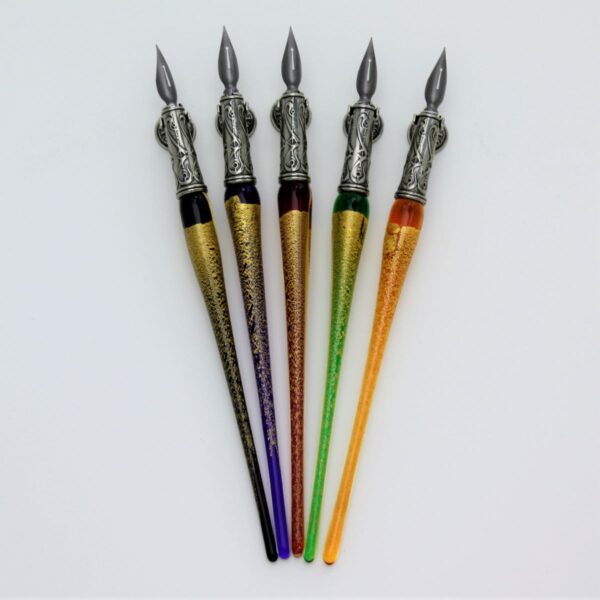 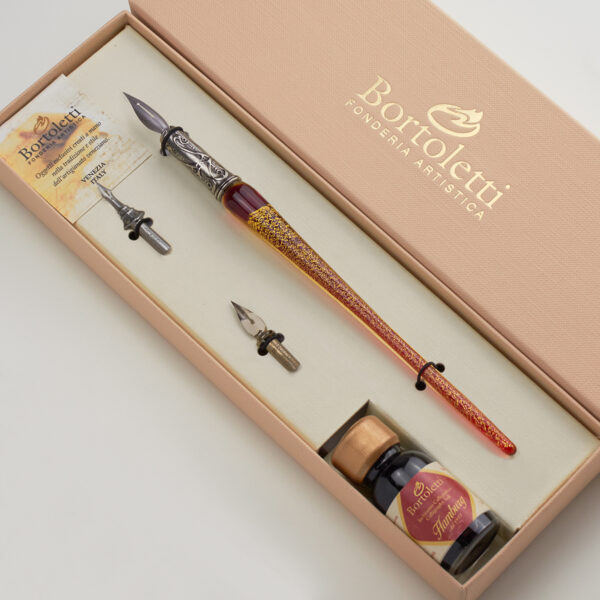 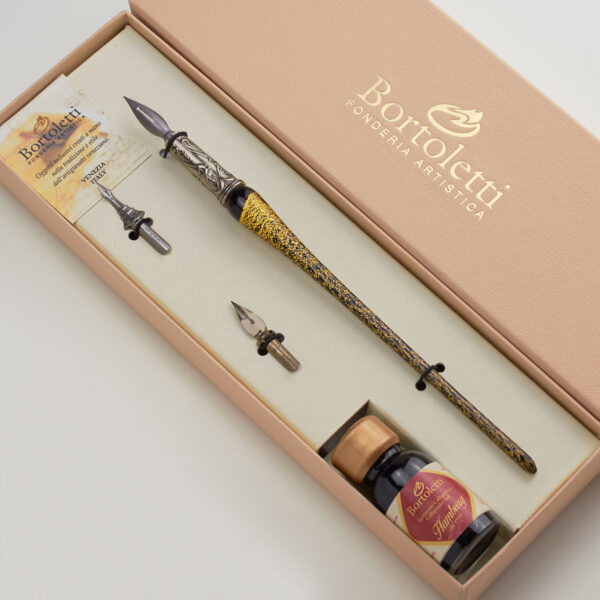 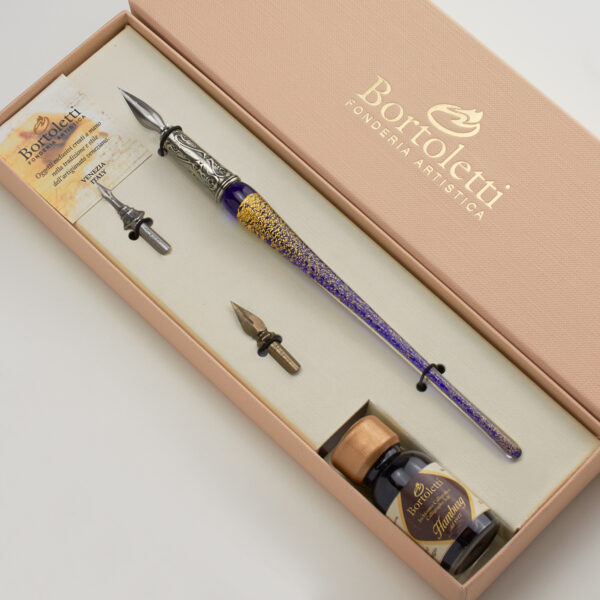 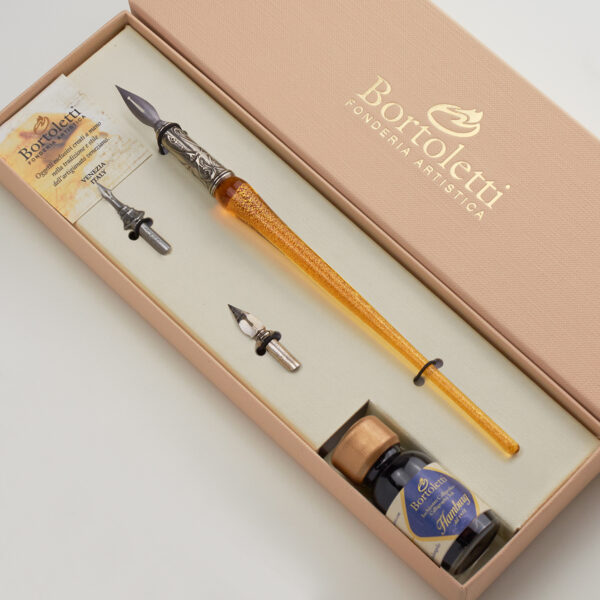 calligraphy pen SET12 Andrea Murano with gold leaf and three vintage nibs, a calligraphy set intimately linked to the place from which it comes and its traditions.

The calligraphy pen was made workshop in Venice, suitable for all those who like to handwrite beautiful calligraphy with style and elegance.

calligraphy pen SET12 Andrea ideal for dabbling in various writings, including English calligraphy thanks in part to the different period nibs.

Calligraphy nib and the nib holder straw, which are the indispensable tools for handwriting.

We can divide nibs into three categories based on their specific use: the fine-tipped nib for normal writing.

The particular feature of this nib is the flexibility given by the shape and slit,

this allows with the variation of pressure on the paper in the downstroke to obtain the particular characteristic of light and dark visible especially in English cursive.

The truncated tip nib, the characteristic feature of this nib is the tip cut crosswise as the quill pen was used to be cut.

We can find them commercially in various sizes and they are used for various calligraphy, suitable for round, ancient and modern Gothic, and Italic writing.

Writing is the action of writing and fixing thought in visual form through the use of graphic signs. Calligraphy is the art of forming characters of a script clearly and elegantly.

Characters are signs executed with their own rules that, according to the given letterforms, take different names.

The alphabet is the set of letters of a given language arranged in a conventional way.

The body of writing is the distance of the two parallel horizontal lines that determines the height of the letters.